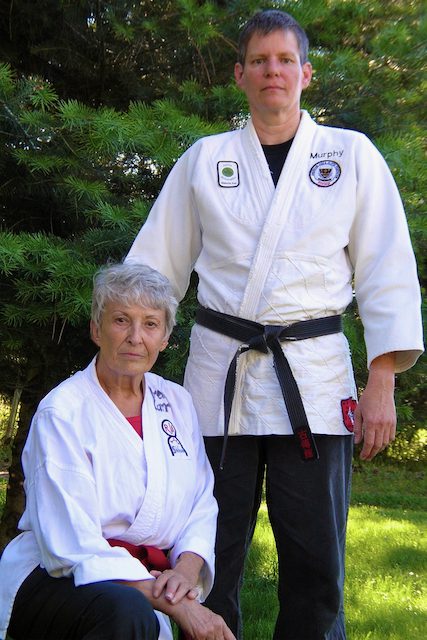 In early March 2022, the AJJF – indeed the martial arts world – lost one of our true leaders, Professor Jane Carr, Judan, Danzan Ryu Jujitsu. Professor Carr had a formidable presence but was also very kind and giving. Professor Carr was my sensei for the last 15 years. I attended her monthly black belt classes for about 20 years. I’ll always call her Professor Carr – never Jane. That is not because our relationship was strictly formal. It is because she earned and deserved the honor.

Professor Carr had a martial arts and healing arts career that spanned over 60 years. It would take pages to list the many leadership positions she held, the many accomplishments achieved, the many roles she played. She really did all of those things. They are an essential part of her legacy. Just as important is the legacy of the countless people she touched. The way she helped others improve their skills and their lives. Just about everyone who took a class from her has a clear memory of something that she said or did in the class. She had a way of making a lasting impression.

I don’t really remember the very first time I spoke with Professor Carr. I must have seen her when I attended my first AJJF National Convention as a novice white belt in March 1991. I know that I saw her later that year when I entered my first kata contest at her school, the Redding Jujitsu Academy in Redding, California. The RJA dojo space is large and roomy, but the building was packed! As a shy blue belt at the time, it was sensory overload. There were 13 teams just in the blue belt division. Professor Carr had many duties that day running a huge tournament. Within that statement, you have an indication of Professor Carr – ‘running a huge tournament’. Not just standing by, not just a participant – running the event.

A couple of years later, I entered the RJA kata contest as a newly promoted brown belt, Sankyu. Professor Carr was a judge for the brown belt division. At RJA tournaments, there is a tradition of showing judging scores in real-time; after each technique is demonstrated, the judging scores are held up for everyone to see. When my partner and I demonstrated Tora Nage, Professor Carr gave us a zero. Zero points out of ten potential points. Zero! And it was on me. She judged that I did not allow my partner to throw me, but instead went over too easily. I’m so glad that I heeded the practice of looking straight ahead between techniques. It would have been very discouraging to look around and see the zero score. Still, I know that everyone watching saw the big fat zero. Ack! Professor Carr did not take it easy on people. If she saw what she thought was a zero – she scored it as a zero. You can bet that I took it to heart and learned to take the falls from Tora Nage properly.

I got to know Professor Carr a bit better a couple of years later. She was running the annual Okazaki Restorative Massage training program. There it is again – ‘running a massage program’. Not teaching in the program, or helping with the program. Professor Carr made her dojo space available and was running the program. The 150-hour massage training program was spread over several weekends, spaced out about one weekend per month. Each weekend was a marathon! Friday evening, Saturday all day/evening, Sunday all day. Professor Carr was there throughout every weekend and was one of the primary instructors. For the final practical exam, my assignment was to give Professor Carr the Okazaki Restorative Massage we had been taught. I brought up every bit of training, confidence and practical knowledge I could muster for the exam. I passed by a good margin. That felt good. After the zero I had received at the kata tournament a couple of years prior, I knew that the passing grade was a true pass.

After the new year in 2002, I went to Professor Carr’s black belt class for the first time. At that time, my rank was Nidan and I had been a black belt for several years. Even so, I was very nervous! I had trouble sleeping for a week prior. What would it be like? Who would be there? Would I do okay? Definitely out of my comfort zone. Once there, I had a vast and entirely new set of circumstances to adjust to and assimilate. I kept quiet in class. I did my best. Nothing was easy.

It is hard to put into words the difference between what I was used to in a black belt class and what I was presented with in the RJA black belt class. I could see the skill of the head instructor, Professor Carr. She knew what she was doing, she had a plan for each class, and a plan for the long-term development of the group. I could see the skill of the participants in the class. I felt like I didn’t have that skill. Over time my nervousness turned into a determined resolve to accept the teaching and learn.

The first time that I had any kind of a teaching role at National Convention was with Professor Carr in 2010. She invited me to assist her in a hanbo class that she would be teaching. What an opportunity! Hanbo had always been one of my favorite lists, and I think Professor Carr really liked that list also. Professor Carr had been teaching at National Convention every year for probably 30 years by that time. You might think that she just walked up and taught whatever came to mind at the time. And maybe sometimes she did that. In preparation for the hanbo class, she introduced me to her method of making a lesson plan for a class. She explained how she would choose the techniques, how she would structure the class, how much time she would plan for each section. We followed the plan during the class. It was a fun class! I had a great experience. That class is an example of the time and care she spent as a mentor to me. I assisted her in classes at many events after that. Every time I assisted her, I learned something new about teaching and about connecting with the class.

The most transformative time in my jujitsu career occurred in the spring of 2010 during the months leading up to my Yodan exam and during the exam itself. The photos accompanying this tribute were taken the day after that exam. Each of the people in the group photo were instrumental in my success at that exam. Chief amongst them was Professor Carr. You always want your sensei to be proud of you. I felt that she was very proud of me that day. The exam was the biggest triumph I had ever experienced on the mat, and the promotion ceremony back at the dojo was the happiest time I ever spent on the mat. Professor Carr spent countless hours helping me transform into a martial artist.

There isn’t time or space to write the many stories, the many inspirations, the many epiphanies fostered, the many ways Professor Carr has helped me. These few stories are just a sampling of the times she and I spent together. Outside of class we talked for hours, we traveled together to martial arts events, we stayed over at each other’s homes, we celebrated births and weddings, we mourned the passing of loved ones, we knew each other very well. There aren’t enough words to explain how much she meant to me.

Professor Carr was both a warrior and a healer. She worked tirelessly throughout her martial arts career to share her love and knowledge of the arts. She continued to teach jujitsu classes all of the way up to her sudden illness and passing. If you were fortunate enough to have met Professor Carr, bring your best memories of her to mind and keep them close to your heart. 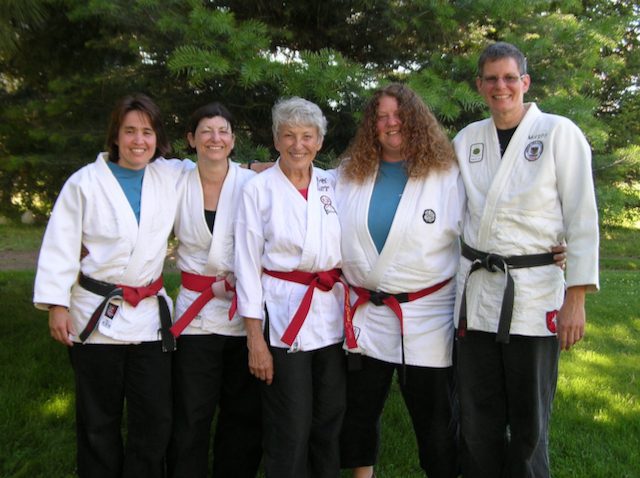