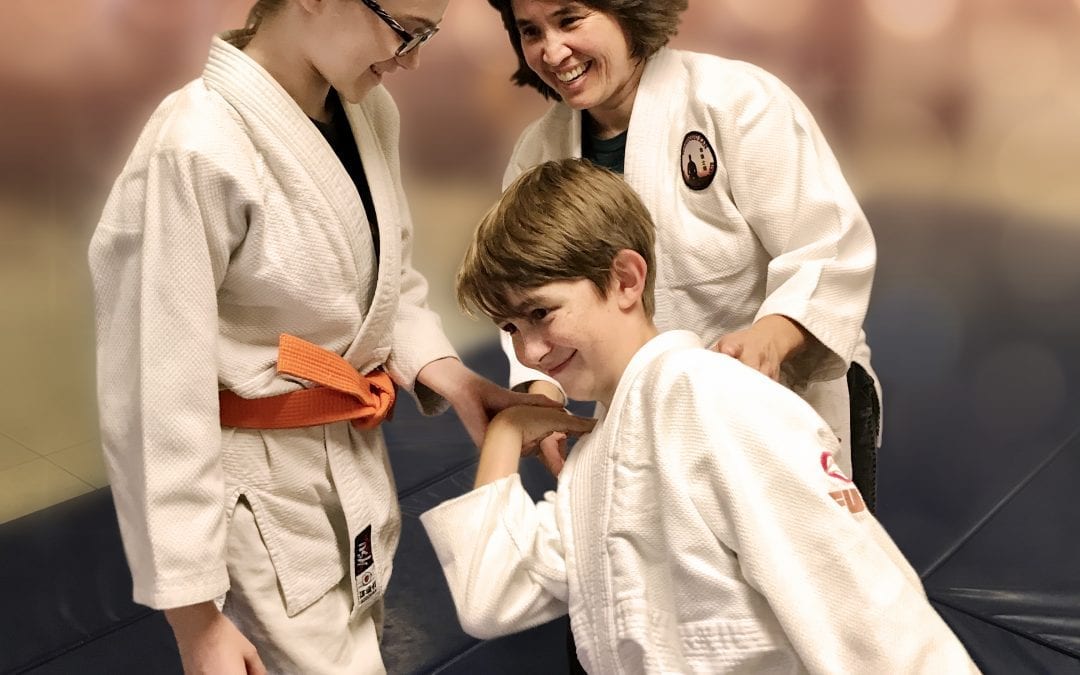 Like practicing martial arts, teaching martial arts is also a learned skill. While there are many different styles of teaching, there is a significant amount of research around best practices. The science of motor learning is one area from which we can take some of these best practices and apply it to teaching jujutsu. It encompasses a huge body of scientific research that examines the best ways to teach motor skills. Such information is used not only by coaches and athletes in professional and amateur sports, but by others, such as musicians and healthcare professionals, including physical and occupational therapists. Motor learning is involved in every type of physical activity, and includes everyday skills such as driving and walking. In order to provide something that will be immediately relevant to jujutsu practitioners, I will only discuss the concepts around giving feedback. There may be future articles that include information on understanding the role of attention in teaching, how to use demonstrations to maximize teaching of motor skills, how to facilitate the memorization of skills, and how to structure practice sessions to maximize learning. While this article represents only one viewpoint, the theories and experiments presented here have been well tested by the scientific community, and can offer many valuable insights to all students of jujutsu.

As defined by Schmidt and Lee (2014), motor learning is “a set of processes associated with practices or experience leading to relatively permanent gains in the capability of skilled performance.” A skill is often considered learned when the student is able to perform it well after a period of rest (retention period).  For example, a student may be able to perform the technique of deashi harai adequately after only a few initial tries.  The student has not learned the technique, however, until she is able to perform it again a few days later with comparable accuracy. If the student has mastered the skill, the relatively permanent change that has taken place will not be affected by a few days of rest. Others may argue that the skill is not truly learned until the student is able to apply it in many situations, but that is true only with open skills, and only if the student has been taught  to apply it in different situations. Certain teaching methods favor either acquisition performance or permanent learning, and it is important for the teacher to understand which is being favored.

Several theories exist which describe the stages that a student passes through in order to learn a movement.  One of the earliest theories is the three-stage model described by Fitts and Posner (Schmidt and Lee). It describes the cognitive, associative, and autonomous stages. This model was specifically designed to emphasize both the perceptual and motor components involving learning a motor skill.

In the cognitive, or “beginner,” stage, the learner has only a general sense of what the movements should feel like, and he has only a crude ability to detect errors. He will tend to make many mistakes, although improvement can be quite dramatic toward the end of this stage.  A person in this stage of learning requires clear and simple directions, live demonstration, and correct feedback from the instructor.

In the associative stage, the learner is now refining his skills (Magill).  He becomes more adept at correcting his mistakes, and is processing the feedback that he receives more efficiently. There may also be a slowing of improvement. At this point, the instructor must design optimal practice sessions and should continue to give the proper amount and kind of feedback.

In the autonomous stage, the learner can focus his attention on strategy and the critical parts of the movement, and does not need to “think” about each part of the movement as much as in the earlier stages (Magill).  He exhibits very few errors, and can detect any errors which do occur much more easily and correct them more independently (Magill). The instructor’s role at this stage should shift to that of a motivator and to design efficient practice sessions. This may mean a rethinking of how the sensei supervises the studies of yudansha and higher-level brown belts.  If these students normally work out on their own, they may not be learning as much as they could be. While there are times where they can and should practice independently, it may be that more active participation by sensei would be more effective.

One area which has received much scientific scrutiny is the type and amount of feedback the instructor gives the student.  In motor learning, “feedback” is defined as all of the information a person receives during or after a movement (Schmidt and Lee).  It informs the person on how well they did the skill and also serves as motivation to improve performance. Inherent feedback is what the person gives himself and is a natural result of doing the movement (Schmidt and Lee).  This is the information received within his body that gives him information on where his limbs are in space, how much muscle tension is being generated, and the senses of sight, hearing, touch, and smell. Augmented feedback is additional information that becomes available as a result of doing the movement (Schmidt and Lee)  This information may only be available from the teacher, or it may be information that the student can gather on his own.  Augmented feedback takes two forms: knowledge of results (KR) and knowledge of performance (KP). KR is information about whether the goal of the movement was achieved.  KP is information about whether the athlete moved as intended. Clearly, KR and KP may duplicate inherent feedback or provide additional information. For example, a jujutsuka who performs ogoshi receives KR by noting whether he was able to throw uke to the mat. The student receives KP from sensei about the quality of his movements. He may also give himself KP through self-monitoring and then adjusting his body position for the next attempt.

In general, increasing the precision of feedback enhances both performance and learning, up to a point. The stage of learning of the student has an impact on how useful more precise information will be. True beginners will not benefit from extremely precise feedback and usually require more general information on their performance (Magill).  In fact, extremely precise, quantitative feedback has been shown to be no better than more general, qualitative feedback when the learner is in the cognitive stage (Magill). Precise KR does not necessarily hinder the student, provided he has sufficient time to process the information, but it is not necessary. By the beginning of the associative or the end of the cognitive stage, the learner should be able to utilize more precise KR.  The sensei should therefore try to match the precision of KR with the stage of learning of the student, particularly with children.  KR that is too precise will cause a decrease in acquisition and learning with children, as they cannot ignore extraneous information. The sensei should therefore make sure to give less detailed feedback to her junior students, so they do not become overwhelmed.

A good method for decreasing the frequency of feedback and maximizing learning for the student is the faded technique (Schmidt and Lee).  The teacher gives feedback more frequently (90-95% of trials), and then as the learner progresses, the instructor fades the feedback to a lower relative frequency.  A second method is the bandwidth method. In this method, the teacher sets a range of performance criterion on either side of the goal (Cauraugh et al.; Schmidt and Lee; Ishikura).  If attempts fall within the band, no feedback is given. If the attempt falls outside the band, feedback is given. There is automatic fading with this technique as the student’s attempts at the movement come closer to matching the goal.  Another way to give feedback less frequently is to use summary feedback (Schmidt and Lee) This is when all feedback is given after a certain number of repetitions. This technique has also been shown to enhance learning, although simpler tasks seem to respond better to this method. Summary feedback can be a short or long, and can be given after a few or many repetitions of the movement. Lengthy summary feedback or feedback given after too many trials may hinder acquisition performance, however, so the sensei may want to be cautious about how it’s used with novice students (Schmidt, et al.). In other words, beginning students may initially lose confidence if the summary feedback is given after too many trials or is too long. However, it’s an effective technique for more advanced learners, and sensei should feel confident that they are promoting effective learning with this technique.

Learning is enhanced when feedback is given a few seconds after the movement is completed (Swinnen, 1990; Magill).  Learners are unable to process inherent feedback when feedback is given too soon (Magill). Learning is also impaired if feedback is given during the movement (concurrent feedback), or if they do a different activity before receiving feedback (Swinnen, 1990. However, asking a learner how a movement felt will not negatively affect learning since this activity is related to the task. Research has also shown that learning improves when learners are allowed to ask for feedback on their own (Chiviacowsky,et al; Lim et al; Grand et al).

Much research has shown that using a fading technique in giving feedback will enhance learning more than giving feedback after every repetition.  The sensei will promote acquisition by giving more frequent feedback, but if he wants to encourage permanent learning, he should focus on giving feedback less often.  He should use his judgment on whether the benefits of increased motivation that come with improved acquisition performance outweigh the benefits of motor learning, at least for the time being.  In addition, when the sensei gives feedback, he is wise to wait a few seconds before saying anything.  This gives the student time to process any inherent feedback, particularly with regard to any gains in error correction.  More precise feedback will not necessarily hinder learning in an adult student, but junior students will be overwhelmed if given overly precise feedback.

Whole books and countless research studies have been written on many aspects of motor learning, and this discussion provides a survey of just one topic. Sensei are encouraged to consult the references cited in this paper and in other databases for more information on any of the concepts that have been discussed.  At the minimum, sensei are encouraged to experiment with the recommendations, and determine for themselves whether their students learn more quickly and with greater accuracy.

McBride ER, Rothstein AL.  Mental and Physical Practice and the Learning and Retention of Open and Closed Skills.  Perceptual and Motor Skills.  49:359-365;1979. 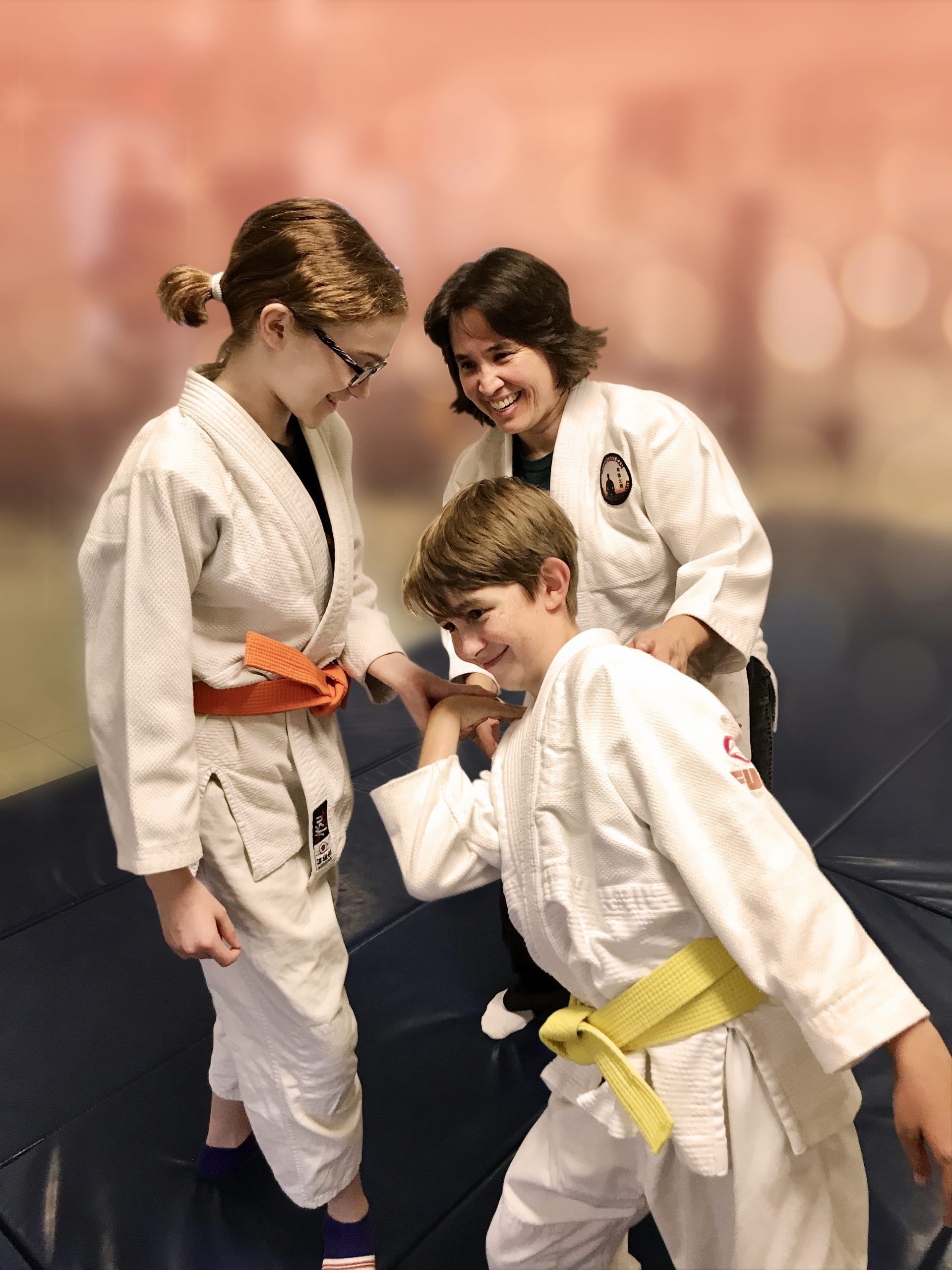 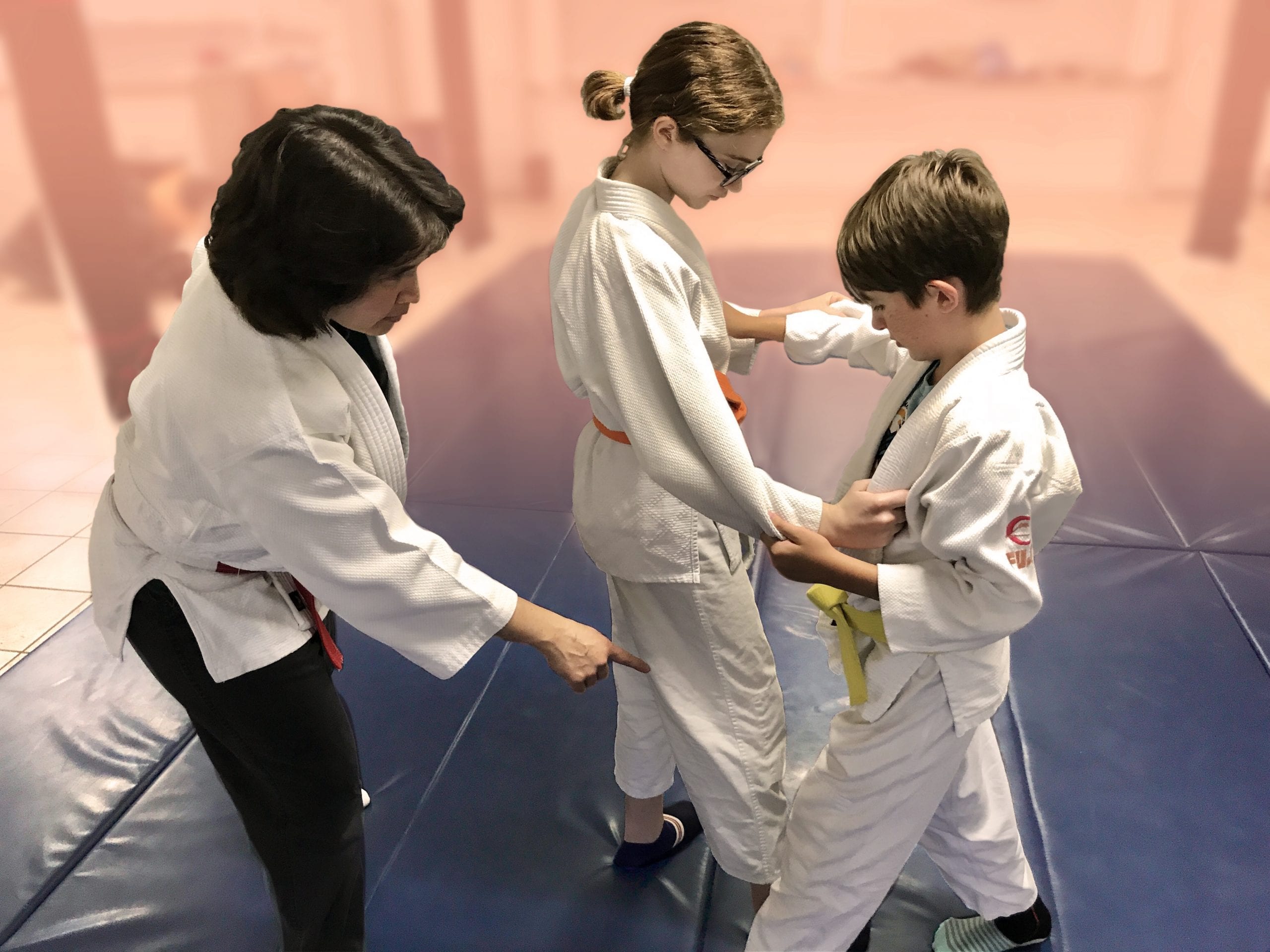