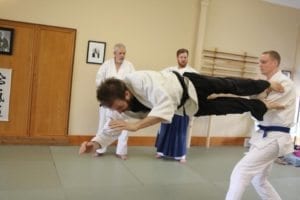 On March 19, 2016, I headed to the dojo. It felt familiar for a Saturday morning, though we had switched our scheduled classes to Mondays and Wednesdays years ago. I arrived early to welcome people as they came for the 2+1 tournament Shinzen Kai was hosting that day. Students started to filter in. On the flyer, I had posted that registration started at 10:30 and people asked what they needed to do to register. In truth, I had added that line to make sure people showed up on time and let them know if they put their gi on they were registered.

At 11:00 am, eight of us bowed in and my fellow sensei, dojo-cho Nate Hill, and I competed in a very formal round of rock-paper-scissors to determine which of us would lead off the Freestyle portion of the tournament. Hill Sensei won and performed admirably, as was to be expected, since he had won the National Convention Freestyle competition in 2009 as a green belt. I followed, remembering my time as a kyu rank watching the black belts string techniques together seemingly with ease and hoping to emulate them for the kyus present that day. You’d have to ask them, but in my mind I fumbled through awkwardly trying to show some degree of control. As we descended through the ranks, I smiled to myself to see the inventiveness our students brought forth. I was also somewhat awed at the lack of panic they showed compared to how I distinctly remember feeling when I was in their place.

We flowed directly into the Kata Contest. Luckily we were fairly well paired up between the ranks. After a brief explanation of what we expected from both a kata aspect as well as the combative sequence, we gave the teams time to work. The kata was performed cleanly by everyone. But most impressive were our white belts Bob and Andy, who had been practicing Danzan Ryu for only a few months. The most entertaining part for me, having a B.A. in theatre, was watching the “motivation” behind the combative sequences. We had mild insults, confrontations at a political rally, a zombie rising and an Enron interview gone bad… or well. The ending was a bit perplexing. 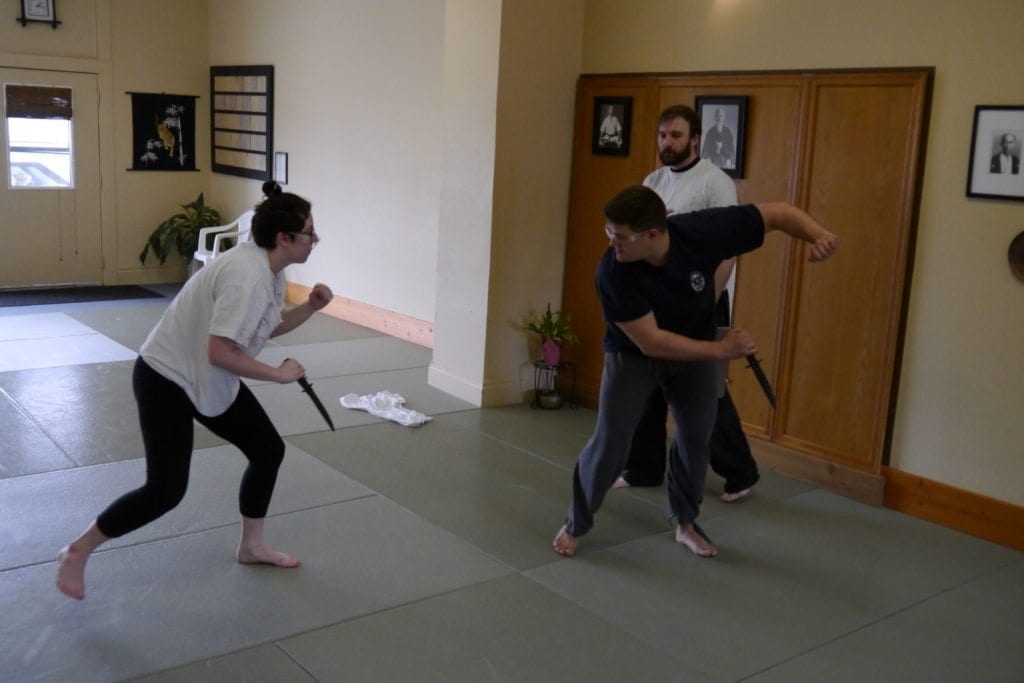 After a short break we began the +1 part of the tournament. Sensei Nate drew up a bracket—it was March after all—and the knife fights began. Each pair was outfitted with a rubber knife, the cutting edge coated in grease pencil, and a shirt or towel wrapped around the other arm to check with. After a short coming together, wounds were assessed, and if it was a critical one, the wounded party lost the protection of the shirt or towel. Each pair was given three rounds to determine a victor to move up the bracket. It was single elimination with a loser’s bracket, which I won! In the end, Andy, a police officer, summed up the best lesson of the tournament: Don’t get into a knife fight. After the excitement, we went to a local brewery for lunch and the inevitable conversation about what we could have done better. I left for home happy about the day’s results and that the participants embodied Shinzen Kai (Friendship Club).