Shime No Kata – by Bob Reish 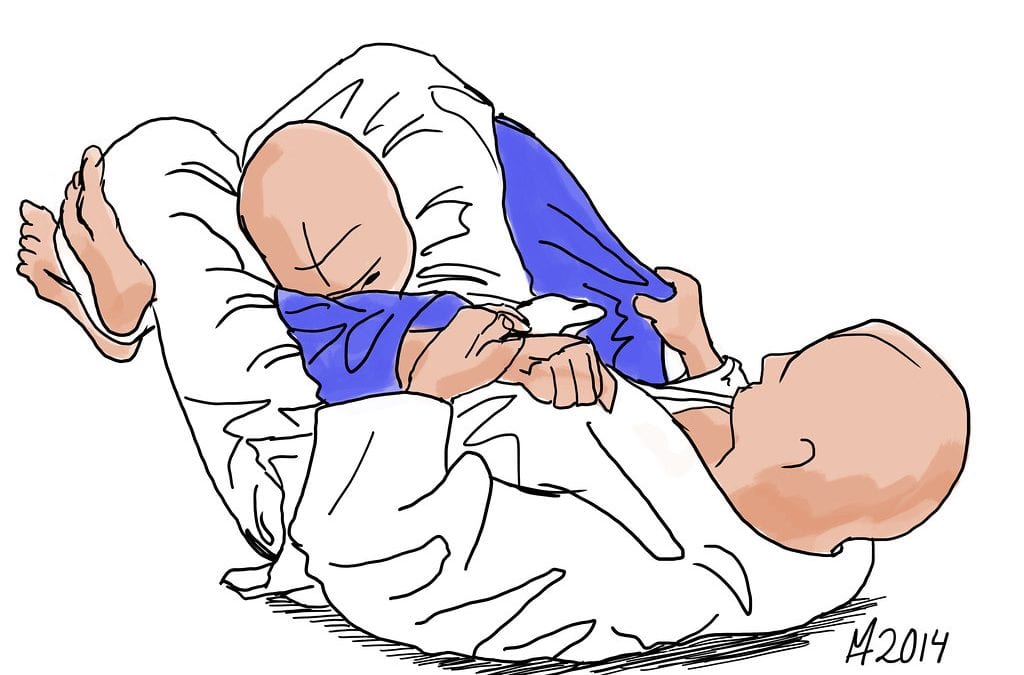 Strangulation techniques are an integral part of judo and jujitsu training. The objective of shime waza (constriction technique) is to effect a comatose state upon one’s opponent. Technically it is to apply gentle pressure to an opponent’s neck in order to impede and/or prevent the flow of blood to the brain, through direct pressure by squeezing the throat, trachea, or chest in order to subdue normal breathing, or through stimulation of the vagus nerve which causes a marked decrease in heart rate resulting in lower blood pressure. The former, if applied correctly, takes effect within a few seconds, usually without discomfort to the opponent; the latter, a few minutes with much discomfort to the opponent. It is to be stressed that the shime no kata should only be applied with proper care and with an understanding of the basic physiological principles, dangers, and precautions.

Shutting off respiration may also bring about changes of a reflex nature that may cause serious heart and respiratory reactions. Shutting off the air intake may cause an inadvertent valsalva maneuver (forced expiration with a closed glottis see: https://en.wikipedia.org/wiki/Valsalva_maneuver) resulting in dangerous and even irreversible physiological changes. The methods by which to apply shime no kata are numerous and varied, but all are based on the following:

The carotid restraint is the physical restriction of the jugular veins and carotid arteries leading to cerebral hypoxia. When the carotid restraint is applied, the jugular veins and carotid arteries are compressed on either side of the neck. The carotid sinus is also affected stimulating the vagus nerve, part of the parasympathetic nervous system, and causing a slowing of the heart rate. Compression of the veins and arteries combined with a slowing heart leads to the brain being deprived of oxygenated blood. The ensuing result is loss of consciousness or fainting. This unconsciousness is in concert with the slowing heartbeat and falling blood pressure caused by the stimulation of the carotid sinus and vagus nerves. Signs of unconsciousness can occur in as little as three to twelve seconds after application if done correctly.

Breathing abnormalities may also occur as a result of acute or delayed airway obstruction (glottis edema) or autonomic reflex activity.

Circulatory collapse then results from the mechanical stimulation of the carotid sinus slowing the heart due to sympathetic stimulation or reflex cardiac arrest. Blood flow to the brain is diminished. Tension on a ligature around the neck from arm compression during the application of the carotid restraint blocks the jugular veins resulting in stagnant cerebral hypoxia. With loss of consciousness, decreased muscle tone facilitates arterial obstruction and intimal tears (inner lining tears).

The subject’s response to the effects of a carotid restraint may include any of the following:

A cautious approach must be taken when learning and practicing the carotid restraint techniques. The risk of injury can be reduced to a minimum by observing the following rules.

Note: Chokeholds must only be taught by trained and certified instructors! 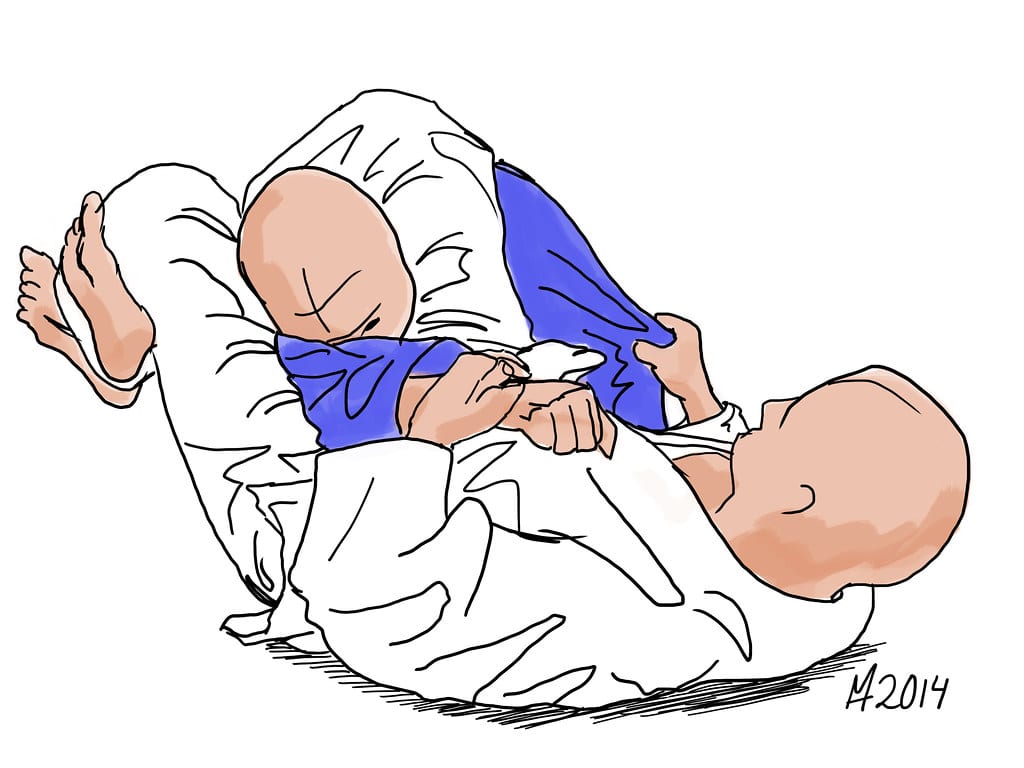 “San-kaku-jime” by michael.hultstrom is licensed with CC BY-SA 2.0. To view a copy of this license, visit https://creativecommons.org/licenses/by-sa/2.0/