In Praise of Sitting on the Sidelines – by John A. Lynch 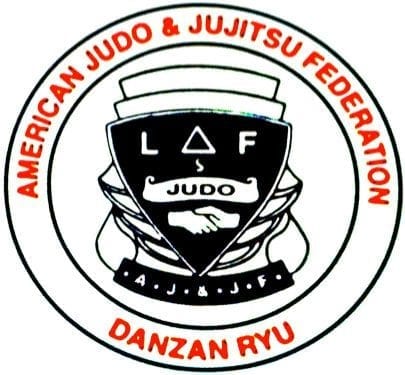 I recently suffered through a non-jujitsu-related medical condition that kept me off of the mat for just over a month. I’m only a blue belt, and I’ll be honest with y’all: I’ve been struggling with my nage. I have a lot of fear, I use a lot of muscle, and I have a lot of trouble maintaining my balance, among other problems. As a result, while the other blue belts in my class have gradually been testing for (and receiving!) their green belts, I still haven’t even learned the complete nage list. When my illness began, I was concerned that the time off would slow me down even further.

While I’m a novice in jujitsu, I’m not exactly a novice when it comes to learning. By day, as part of my work in educational technology for the University of California, I study how learning happens. What causes learning, and how can we accelerate it as much as possible? To address my frustration about my illness, I resolved to make an experiment out of my situation: could I apply what I know about teaching and learning to minimize the loss (or maximize the gain?) that would occur until I was able to actually train again? I resolved to attend and watch as many classes as I could, and do my best to learn from the sidelines.

To understand what happened next, it helps to understand a little bit of learning theory. Cognitive load theory says that, when humans are presented with new knowledge, they “learn” it by connecting it to existing frameworks of knowledge in their head, called schemas. As you practice a new skill or task more and more, it becomes more “automatic,” which means that the schema to which it belongs becomes easier for you to retrieve from long term memory. Metaphorically, it becomes more deeply etched into your brain.

Now, schemas themselves seem to produce incredible value: according to cognitive load theory, and backed up by a lot of solid research, it takes your brain the same amount of work to retrieve an entire schema from memory as it does to retrieve a single, isolated skill or fact. This is literally what enables expertise: schemas mean that a black belt can call to memory and apply any art from any of our lists just as quickly as a white belt can remember katate hazushi ichi. However, schemas are only as good as the knowledge in them. If you have a bad or incomplete schema, it doesn’t matter how fluent you are in it; it will not reliably produce the results that you expect, because you are repeatedly and automatically doing something wrong. (Or, as Sensei Mark Roberts says, “Practice doesn’t make perfect. Perfect practice makes perfect.)

The problem of incorrect schema is a very important problem for education researchers. Students at the university level bring a great deal of knowledge with them when they arrive at a class for the first time. Some of that knowledge is correct and useful; and some of it… isn’t. I’m bad at math, so I can never learn algebra. I have a bad memory, so I will never learn French. The South won the Civil War. In this model of learning, in order for a student to progress (AKA learn), they first have to correct their bad schema. Otherwise no matter how much time they spend studying, they’ll have a hard time improving, because the schema onto which they are trying to attach any new knowledge is fundamentally flawed.

Unfortunately, identifying a flawed schema and fixing it is not a natural human skill. Our internal narratives can be remarkably resistant to change. Have you ever seen someone who makes the same mistakes with money again and again? Or keeps having the same argument with their spouse, over and over? Even though the behavior doesn’t get them what they want (presumably, long-term happiness and prosperity), they repeat it because it is part of a behavioral schema: when I receive input X, I provide output Y.

Okay, enough theory; back to jujitsu. Even though I couldn’t train with my classmates, once the worst of my illness had passed, I began going back to class and watching from the sidelines. It was a very different perspective from what I was used to: not only was I watching every throw from a different angle, but I was also seeing it over and over and over and over again, without once trying to apply my existing schema to actually doing it. And from this new position, I saw a lot of things that I hadn’t previously noticed on the mat.

For example, when Sensei Ken Gadbury does an uchi momo harai, he doesn’t step in with his right foot at all; he just swings his left foot back and around 270°, which puts him in the ideal position to plant that foot and lift up his right leg, sweeping the inside of uke’s left thigh. How and why does he do that? Or when Sensei Werner Armbrust unbalances uke for seoi nage, not only does uke begin to lean forward, but it looks like sensei leans backward at the exact same angle: there’s a perfectly straight line extending from his right foot up, along his leg, through his body, to the top of his head, perfectly matching uke’s forward lean. How and why does he do that? Neither of these facts were part of my schema for either of these throws, but if they were good enough for a black belt, they were worth examining.

Thinking about these observations and trying to duplicate them at home, with no uke, forced me to fundamentally rethink my nage schemas. For example, watching Sensei Armbrust’s seoi nage, my first thought was, Wow, it’s like he’s fitting in perfectly underneath uke as he kuzushes uke. “Fitting in,” of course, is the translation of tsukuri, the second stage of a nage. Instead of imagining these two stages as separate, I began to wonder, could they be overlapping? Is my kuzushi (looking at uke’s wristwatch) also the beginning of my tsukuri (stepping in with my right foot)?

Meanwhile, for Sensei Gadbury to swing his left leg the way that he did in uchi momo harai, my experimentation suggested that he had to first shift his weight completely over his right leg, and stay standing straight up until he was ready to begin the thigh sweep. As I played around with this, I remembered Sensei Armbrust’s instruction to imagine a steel rod going from our heel, up our spine, and out the top of our head. I asked myself the question, does that apply in this case? How does this throw differ if I imagine that I’m rotating around an axis extending from my right heel up my leg, up my spine, to my head?

And lo and behold, these two ideas combined, and suddenly uchi momo harai made a lot more sense to me! All of the questions I’d had about balance and positioning seemingly fell into place. I began to practice performing my kuzushi (looking at uke’s wristwatch) and beginning my tsukuri (stepping in with my right foot) simultaneously, and I imagined that I was rotating around an axis going from the top of my head down to my left heel. Then I transferred my weight onto my right foot, and finished my tsukuri (and began my kake!) by rotating around an axis extending up from my right foot. The whole series of movements felt natural, and I understood exactly how uke would move along with me as I did it.

As I experimented with this new schema, I tried it with some of my other throws, too: soto momo harai, o goshi, seoi nage, seoi goshi. And for all of them, this new mental model of my body positioning made the throw feel much more natural, and therefore less scary. I felt that I could understood how to maintain my integrity (one of our kihon) through the entire throw. In general, I felt that, by trying to understand how my senseis’ throws differed from mine, I had gained a better understanding of the principles of nage in general.

Of course, the real test would be how my new schema would work on the mat. As I recovered and practiced by myself, I became more and more excited to try it out. Finally, the Monday came when I was finally healthy enough to get back on the mat, and I walked eagerly into class that night, ready to practice… all of the yawara refinements that my classmates had learned that weekend at Camp North? Curses! My moment of truth was crushed by “crushing the pea!”

Okay, it wasn’t that bad; I just had to wait until Wednesday night’s class to finally get to practice my nage. And the results were… positive! Was I suddenly perfect at nage? Nope. But every single one of my throws was better, and some significantly so. And that tells me that the time that I spent examining my schemas from the sidelines was well-invested.

One of the things that I like about training in DZR is how well we apply most of the principles that cognitive load theory has revealed for effective teaching. We organize our core techniques into lists (creating artificial schemas for beginners until they can develop their own). Our senseis always demonstrate and explain arts two or three times before asking us to try them ourselves (worked examples). Our senseis teach us simpler techniques before more complex ones that use the same principles (scaffolding). We follow riai, that is, we apply the same fundamental principles across all of our techniques and movements, so that when we practice one, we practice all (far transfer). But responsibility for learning lies with both the teacher and the learner; and research has shown that developing strong metacognitive skills can rapidly accelerate learning in any field.

So, while I wouldn’t willingly repeat my month of convalescence, I am pleased to say that it did not set me back in my understanding of jujitsu. By attending class on the sidelines and using that time (when I wasn’t being distracted by fatigue and my existing mediocre, incomplete schemas) to actively perform metacognitive analysis, I learned quite a bit, arguably more than I would have learned on the mat during that same time period! My nage knowledge schemas are now empirically better than they were before my illness.

I’m not saying that I think that I should stay off the mat for a longer time, though, or that I recommend that everyone quit getting on that mat at all, and just watch Youtube videos of jujitsu throws all day. According to cognitive load theory, once you have developed a schema, the only way to automate that schema is through practice. But building up a correct schema takes time. Actively engaging in metacognition can accelerate that process, by helping you quickly evaluate changes to your schema. So, if you find that you’re having trouble understanding or mastering a particular technique, consider just watching some experts practice it for an hour or two, from a couple of really weird angles, and see what you notice. You’d be surprised how much you can learn from the sidelines.