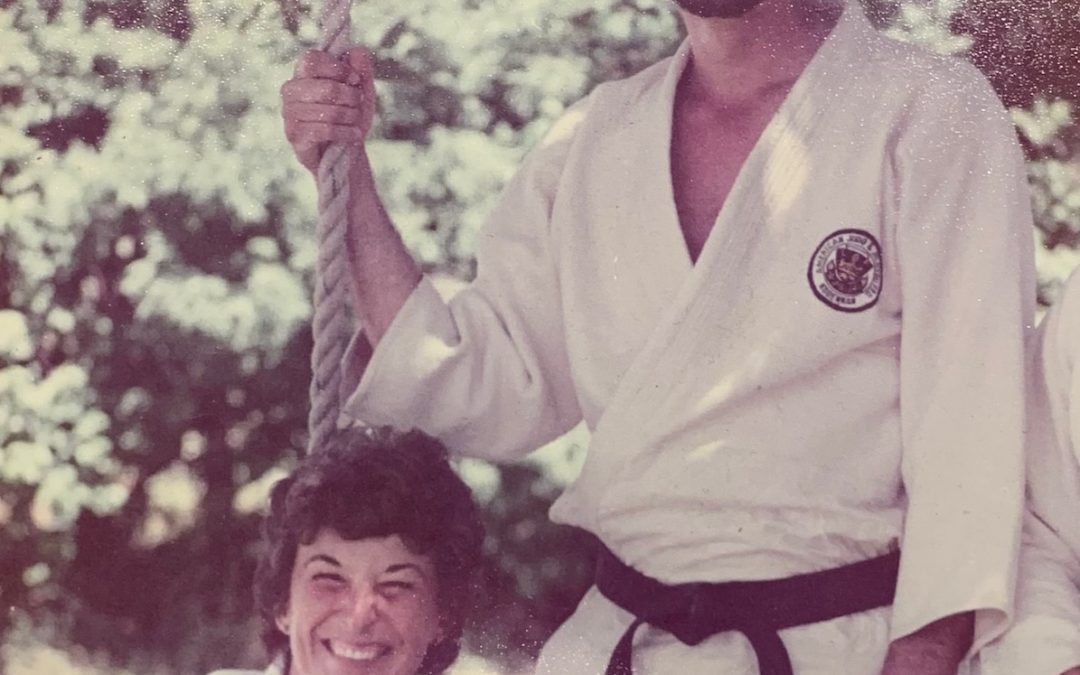 This remembrance was drawn from an interview with Professor Don Cross by Katie Murphy Stevens in October 2022.

My earliest recollection of Jane Carr was working out with her at black belt classes in Chico, California. This would have been about 1972. Professors Bud Estes, Tom Ball and Lamar Fisher taught the classes together. That was the mecca for black belt training at the time. We made the journey about once a month. Jane was my favorite uke. I liked her. She really spoke her mind when we were working out, “Don’t treat me like a woman! Treat me like a black belt!”. She was tough and would stand up for what she believed in. She was genuine and authentic with me.

I remember doing one of the sword techniques in black belt class, Suso Harai from the Daito No Maki list. Professor Ball explained how to perform the technique properly: don’t jump up, bring your feet up, stay at the same height even though your feet are off the mat, keep your toes pointed. Jane drew her sword, raised it up over her head, I moved properly as she brought the sword down. She went down to her knee, turning the sword. Then – as technique goes – she moved the sword fast and hard directly toward my knees. But I did everything wrong. I didn’t bring my feet high enough, I had my toes down. She whacked my shins so hard. I screamed, “Yow!”. She said, “I told you I’d be coming”. As a result, I learned to do that technique much better. I had to! She toughened me up quite a lot.

Jane and I worked often together. When we arrived at black belt class, I remember that we would rush toward each other to hug in greeting. It was fun to work with her. I was the right size for her because I was 6 feet 2 1/2 inches tall and she was about 5 foot 6 inches. She was a great uke. She knew how to add just enough resistance to allow you to work at the technique and do it right. With Jane, I learned how to be the ultimate uke and go with the flow without purposeless resistance.

Jane was very precise on how to do the techniques. She would apply the techniques close to full force. Which made it sometimes kind of scary to work with her. We trained one another powerfully that way. We learned to bring the techniques to the point of pain but not injury. But it was a risky way to train and we probably both injured each other from time to time.

In 1980, Bob Hudson and I hatched the idea that the AJJF really needed a massage training program. We ran it by Professor Bud Estes, who thought it was a terrific idea. The Board of Professor endorsed the idea. Jane and Professor Tom Ball joined the committee to create the first training program. We were hungry to create an intensive program that would teach Danzan Ryu massage and also fulfill the state licensing requirements. We four black belts had an idea, planned the program and got approval from the Board of Professors.

The first program was held at my dojo in Sacramento around 1983. We wanted about 40 students in the class and that is exactly what we got. Jane came down from Redding to teach in that program. Later, she held the program at her dojo in Redding. I went up to Redding to teach. It came to feel like home. Sometimes she would give me a massage and it was the best massage ever. She really knew how to project her ki, her life force

Jane and I were of the same mind that a kata contest is an opportunity to face your fears, to get up and perform despite the fears. The inner work preparing ahead of time is so very important. In the process of perfecting 8 techniques and a combative sequence you are also perfecting other similar techniques. Competing in a kata tournament helps build confidence based on determination and harvesting your will. You do the best you possibly can to make your sensei proud and to do your dojo mates proud. It is a powerful tool of transformation to face your own fears, be aware of them, but perform anyway.

I remember the relationship she had with her daughter, Sheryl, and Kay Haddox. Sheryl and Kay were the best in all kata contests. I knew Jane had taught them well. They always did great and almost always won their division. I remember that Jane would mentor them with piercing eyes and great intention. Jane made it clear that the techniques were meant to be done in a particular way.

I watched Jane’s relationship with Sheryl over the years. No favoritism, just a mother’s love to teach her daughter to be the best she can be. Sheryl was promoted to hachidan this year, and well earned. She is a shining example of what her sensei – her mother – taught in the dojo.

Jane had a great influence on the course and history of the AJJF. When she would speak, everyone would listen intently because she made such great sense. Always coming from the heart. Jane had a way of putting her mind to something and making it happen. She was a very creative person and a great leader. To her, it was key to be the best you can be. She was a great example and now there are many women leaders in the organization. It balances out the male energy that would be dominant. Balancing the yang with the yin is very important. 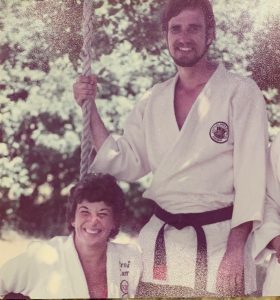