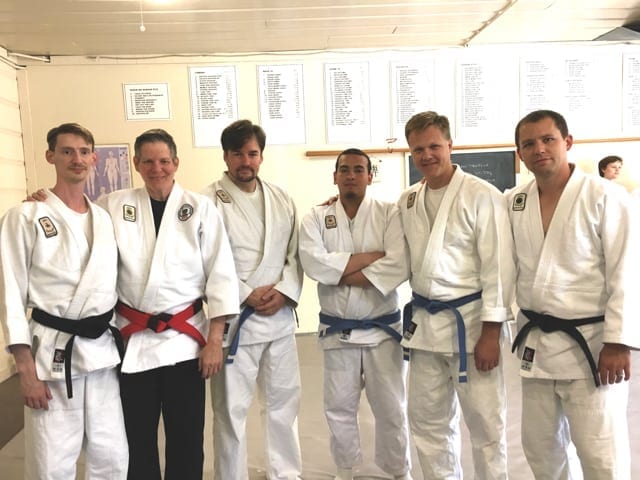 Makoto Kai hosted our 27th annual spring tournament in mid-May. This year, like most, it was a kata contest. Teams from six schools, including Makoto Kai, entered the competition.

We hold the juniors portion of the tournament in the morning. During the check-in period, the kids arrived. They brought along moms, dads, grandmas, grandpas, aunts, uncles, brothers, sisters and a friend or two. If you’ve never visited Makoto Kai, I can tell you we have a comfortable, but small mat area.

We packed everyone in and ran two divisions at the same time. Spirits were high and the energy in the room was pure kid energy. Each team got their time to shine. Waiting teams displayed impressive patience. Tabulators added up the scores in the back room. As soon as all of the teams had completed their demonstration we were just about finished adding up the scores and double-checking the placements.

This year the prizes were small tins of jelly beans. As the awards were given out the shaking tins sounded like a chorus of maracas in play. By the end of handing out the awards, there was much less sound as many of the tins had already been emptied and eaten.

A total of 18 juniors teams bowed in, demonstrated their techniques, and received their awards – all in two hours time. After that, it was if a mystic vacuum surrounded the dojo. Within minutes, all of the juniors, moms, dads, grandmas, grandpas, aunts, uncles, brothers, sisters and friends dispersed into the surrounding downtown for lunch and other activities.

During the next hour, we handed out sandwiches to the judges and helpers. And we reset it all for the adult competition. During the afternoon competition there were far fewer spectators and the mood was more stoic.

We had entries in each of the adult divisions. The white belts were earnest, the blue belts were plentiful, the green belts stretched their limits, the brown belts bolstered our hopes for the future, and the black belts got to show off.

Many thanks to all involved with our tournament. A special thank you to my sensei, Professor Jane Carr, for supporting our tournament year after year. Thank you to the sensei who prepared teams from their schools, and for helping with judging. Thank you to all of the competitors who came out to demonstrate their progress in training and their love of Danzan Ryu Jujitsu. And thank you to Makoto Kai for pitching in to help everything run smoothly. See you again next Spring! 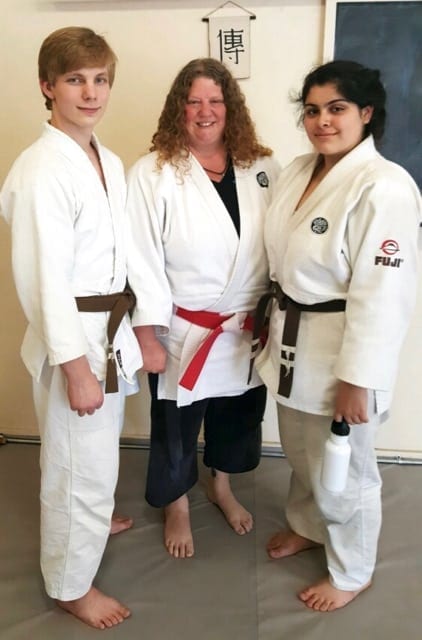