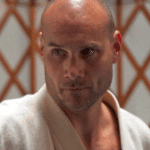 Change is an interesting thing within the context of transmitting the beauty and wisdom of an art like Danzan Ryu Jujitsu. Can we tolerate change as a part of that process? Over twenty years ago, when I was learning Yubi Tori, my sensei described the way to fit my hand to Uke’s finger like this: “Pretend you are lighting your lighter at a concert.” Curling his fingers into his palm and flicking his thumb, he held his hand high and created the vision of someone waving their lit butane lighter in the air, something common to those of us who attended concerts in the 1980s (a stadium full of people doing this created a primitive light show).

As I teach late teen to early twentysomethings in my dojo, this metaphor falls flat. They might have held their smart phone up at a concert to a similar effect. They probably “vape” if they have any poor inhalation habits at all, and the ubiquitous possession and use of lighters for any purpose is a thing of the past. So I must transmit the same information about how to do the technique without the shared context of that metaphor. This doesn’t make that particular metaphor less relevant to older practitioners, but it does make the metaphor irrelevant to this new generation of students. Since my dojo is on a college campus, I don’t trot out the “lighter at a concert” metaphor unless I have an older non-traditional student who will understand it.

Consider changes in the delivery of the Kiai Echo in a similar light (smart phone light, not the flickering light of a butane lighter). The printable PDF format is still relevant for those who want to consume content that way. The possibility of reviving a printed and mailed magazine has been proposed and is relevant for a subset of American Judo & Jujitsu Federation members. The sustainable future of our organization is likely to come from a generation that increasingly finds neither of those formats relevant. They tend to consume content the same way they create impromptu light shows at concerts: with a smart phone.

Increasingly, efforts to produce, publish and promote our shared content needs to be aimed at that audience and that form of content consumption as a priority. The new website, leverages “responsive design,” that will adapt to any screen size, and the links will move out of the way or can be opened up when needed. As we move forward, other aspects of the medium should continue to change in ways that resonate with our consumers. Multimedia would be an example of that (videos, podcasts, etc.). Moving into this present and future context, when I teach Yubi Tori, I say, “curl your fingers toward your palm like you are holding a really narrow, tall smart phone, and put your thumb up like you are toggling it on and off.”