My Journey to Sandan, by Ivan Ochoa 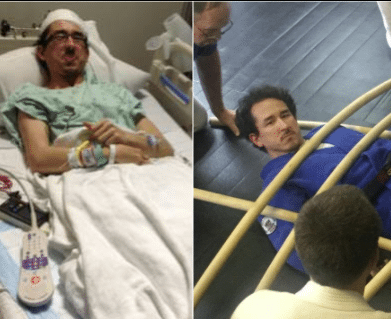 Allow me to take you back to when this began…

One weeknight in March 2017, during my jujitsu class, everything was going as usual until I got up from executing a technique and was quickly overwhelmed by a rather familiar yet long forgotten sensation of fatigue. Long forgotten because the last time I felt this was back during high school. Getting home, I shrugged it off as me not having taken a break. Though deep down, I knew what was taking place, having dealt with several similar situations in my life.

Later, one morning in April 2017, I found myself getting up off the floor after a fainting spell. About two hours had passed. We decided that it would be in our best interests to try to beat the crowd to the Emergency Room (ER). After waiting for what seemed an eternity, completing the paperwork and waiting for a room, I was in the holding area being hooked up to an IV and monitors. Once I was settled and plugged in, I was put into the ER holding area until I was seen by first a nurse, then a neurosurgeon. I was then notified what time the surgery would happen.

A little after 3:00 AM, when I was finally awake enough to fully process everything, my mother, my Sensei and two of my dojo mates where there to greet me. I didn’t realize how precarious of an ordeal it actually was. It turned out my body rejected the catheter when it was inserted into my head, it had coiled outside of the skull underneath the skin. This was discovered when my surgeon looked at an x-ray, after the operation. They waited half an hour for another operating room. When all was said and done, the same group were there to greet me. I looked like I was at the losing end of a bar fight, sporting a fully bandaged head.

Truth be told,I had been in denial, but I knew deep down how big of a fight this was. While I was under the anesthetic, I felt as if I was fading and fading fast. But I felt two very familiar presences during this: my Brother Gabe Anthony Gomez and that of David Grant Abraham. After I got home, everything seemed okay, at first – flash forward to the middle of April 2017, and I had to go back in, for what I’m not entirely sure. Little would I have realized that I would be right back in there a third time, soon enough.

When June of that year came around, yet again something felt amiss. On June 9, 2017, I found myself on the business end of an IV and a scalpel, in order to remedy what maybe should have been done from the very beginning. After everything was said and done, I was gifted with a rather bad haircut and a few scars to match my current set. I can also recall a very unsettling feeling, my being hyperaware coupled with my body’s inability to move. While my body reacted violently to even the tiniest of external forces placed upon me, I had no ability to verbalize my discomfort.

As my recovery began, I was thrown off of my normal routine so much that my personality began to undergo a subtle yet drastic change. I went quite a long time without keeping everyone abreast of my situation, with the exception of my Sensei and three others: my Brother Gabe Anthony, David Abraham and Joe Serio. As time went on, I began falling into a depression due in part to the inactivity and medication regimen. It would have been worse had it not been for the aforementioned individuals. I had to put my physical training aside, giving my body, mind and spirit the necessary time to heal. During that time the Internal training began, in order to “reclaim” that which I had felt I had “lost.” Had it not been for my brother, the outcome would have been vastly different. Not many would have expected me to be able to endure the strains placed upon me by these trials.

Many would venture to ask, “why continue to fight, when there’s a possibility you can wind up losing it all?” to that I answer, “one, I have very little left to lose and two, I must continue fighting not for myself, but for those whom depend upon me. My surrendering would signify that I’ve given in to my demons, and that simply isn’t who I am.” I resumed my training to prepare for a Sandan exam scheduled for August of that same year.

Since the issues described above, I’ve had two similar scares, several medication change-ups, and many great training opportunities with my jujitsu family.

Editor’s Note: I was privileged to watch Ivan’s successful and exceptional Sandan exam in August, 2017. 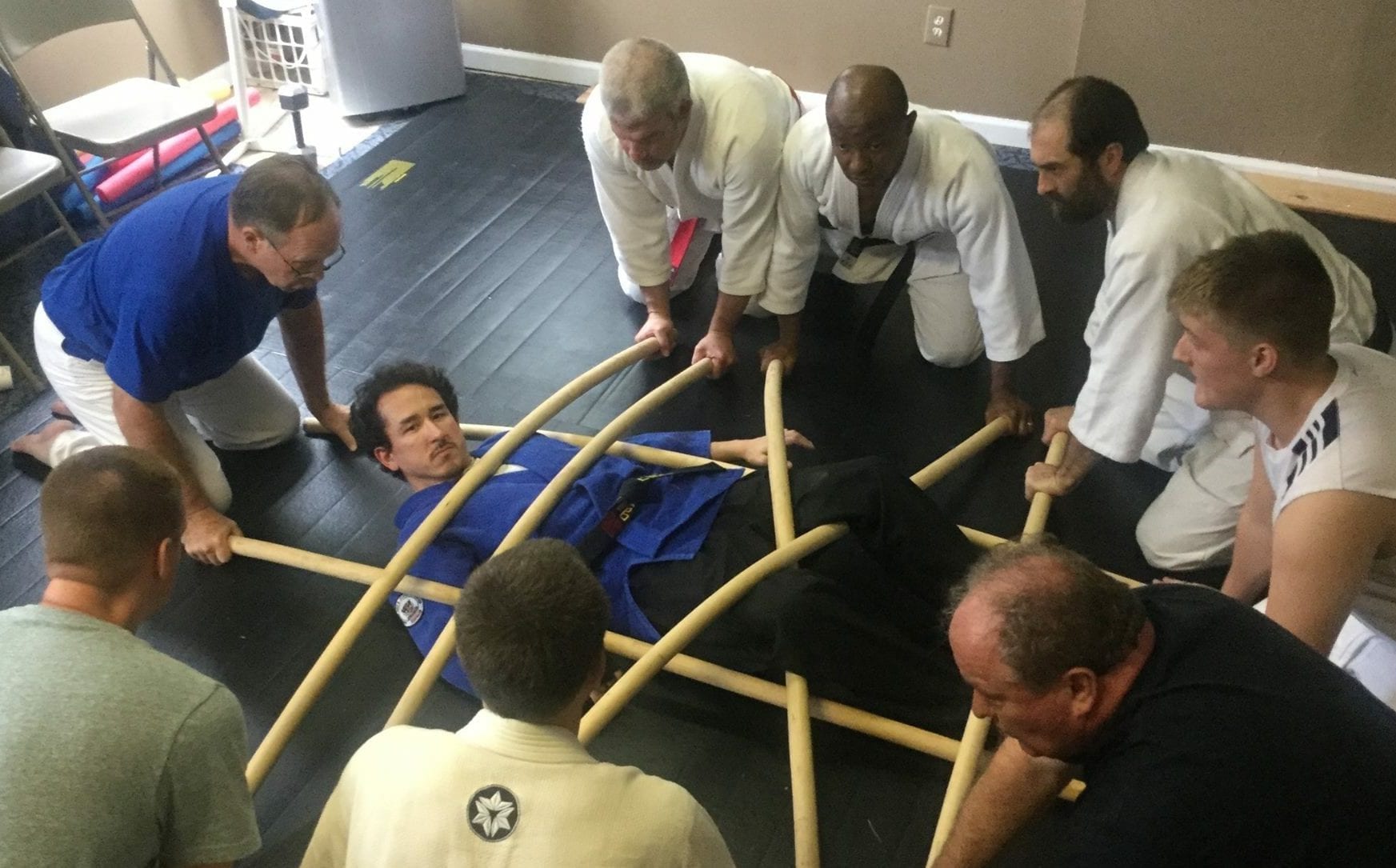