It Ain’t Satsuzai… But Then Again – by Jay Drew 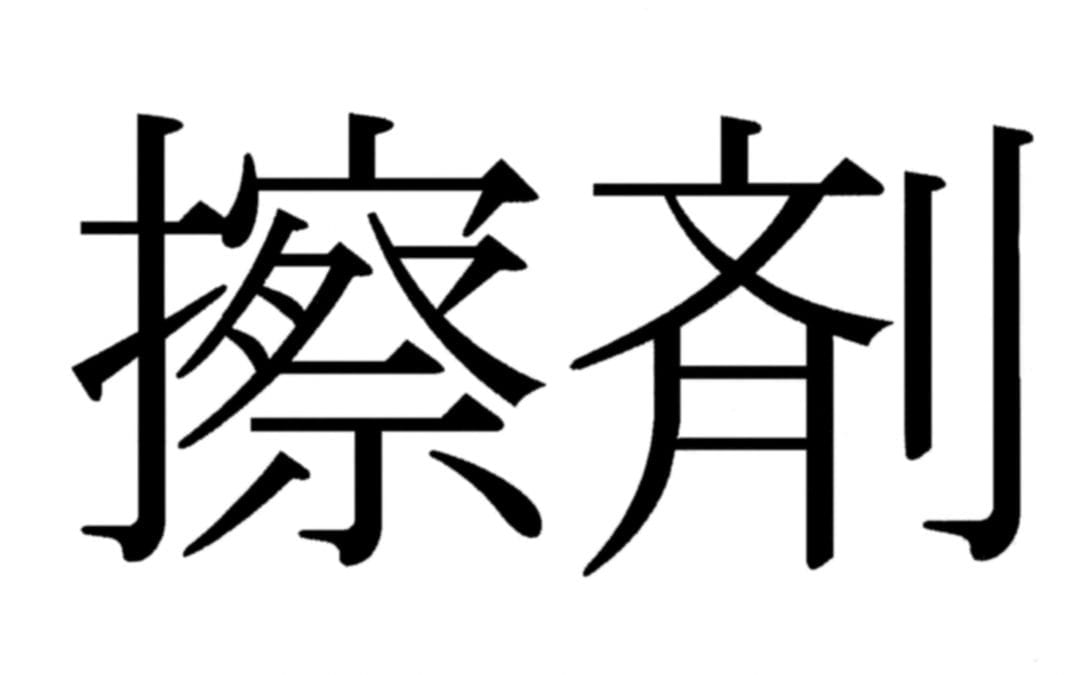 The phrase “What’s in a name?” gets bandied about, usually in regard with ancestry or history, if you will.  Does the surname Smith indicate that somewhere in your family tree there was a blacksmith – undoubtedly toiling under a spreading chestnut tree?  The name game gets far more convoluted when we throw in a foreign language.  At Camp Kodenkan in 1978 Professor Fisher provided me and others a recipe for Okazaki Liniment.  No name other than Okazaki Liniment was offered at the time.  Somewhere, the grapevine hinted, there was another name for the massage oil – Satsuzai.  Or was it Satsusai with an “s” rather than a “z?”  Eric Pietrelli’s seminal paper on the subject gave a small pause for confusion with the artistic font he used on his cover sheet.  Was the 6th character a “z” or an “s?”  Well it didn’t match the two other characters that looked like an “s” so it must be a “z.”  Once you got into the paper and read the content, it was settled – it was a “z.”  We now had a far more interesting name than liniment, we had SATSUZAI, and it was our secret sauce for massages!

But there was a small problem.  When some upper rank members of the AJJF took a class from Sensei Keith Okazaki he informed them that the Okazaki family never used the name satsuzai, they called it “Bug Juice.”  So where did the name originate?

I had the advantage of starting this investigation in 2019 that others did not – the  world wide web.  When you plug satsuzai into search engines, your results pretty much end up with links to AJJF / Danzan Ryu pages that discuss Okazaki liniment, but you generally don’t find links outside of that world.  I did, however, get a hit on a scanned document from the War Department, dated 1945 (TM 3-48 1).  This was a listing of Japanese to English words.  I downloaded the document and did a search for satsuzai. After a few moments of CPU cycles, the screen showed the highlighted word satsuzai with the word liniment after it.  Huzzah, I had found a magic secret decoder ring.  But I was curious as to why the American military would know this, but seemingly no one else?  And then I notice that I was in the “T” section of this ad hoc dictionary and that there were two letters preceding the highlighted satsuzai, they were “t” and “o.”  The word in the dictionary was not satsuzai, it was tosatsuzai.

Plugging tosatsuzai into the web search engines now gave hits in Japanese to English dictionaries and behold the translations they offered – liniment.  But one hit was more interesting than the others: “An English-Japanese Dictionary of the Spoken Language,” available on Google books.  The first edition was compiled by Ernest Mason Satow and Ishibashi Maskata, in 1875. The online version is the 3rd edition, dated 1904.  As the title suggests, it lists English words first and then the Japanese equivalent.  In this document, “satsuzai” is found twice, once as satsuzai and once as tosatsuzai.  In this dictionary liniment is translated to satsuzai.  It’s the first occurrence encountered in this dictionary that is quite interesting.  That first instance is found as tosatsuzai and the English word linked to tosatsuzai is embrocation.  The illuminating thing is the definition of the word embrocation:

“the liquid or lotion with which an affected part is rubbed or washed; a kind of liniment.”

Thus, tosatsuzai is not just some liniment, it’s a special type of liniment for rubbing!

The kanji in this dictionary is a scanned document. The resolution of the kanji is too poor to make a definitive comparison to modern Japanese-English dictionaries.

I did have a little fun with this newly found morsel of knowledge.  At the 2020 AJJF National Convention I approached Professor George Arrington – a great researcher of everything Danzan Ryu and I mentioned the word satsuzai.  George’s quick (and possibly correct) response was “no such word.”  I then put on my Morpheus overcoat and said “What if I told you there was a word called tosatsuzai?”  He immediately brought forth modern technology to bear on the matter – he searched the web via his phone.  His audible response of his search result is not suitable for this paper.  Suffice to say he was bemused.  So where did satsuzai come from?

I consulted with my brother in law, who is a translator in Japan, and he suggested that perhaps some folks were hearing it incorrectly and writing down what they heard, or that satsuzai – tosatsuzai was akin to y’all and you all, a contraction.

I have found the word satsuzai associated with the word liniment in a few places apart from the Danzan world.  The War Department published two technical manuals TM 30-481 and TM 30-482 and you will find satsuzai (without the “to” prefix). It is listed as liniment on page 604 of TM 30-482 and with various combinations such as sekken satsuzai (soap liniment), on page 622.  The trouble here is that it also lists satsu as liniment on page 603.  A couple of the entries have kanji associated with the listing, but the scanned documents do not provide enough detail to render them above chicken scratching.  Bear in mind that it was an army document that led me to pursue the word tosatsuzai as the Japanese word for liniment.  Neither TM 30-481 or TM 30-482 lists tosatsuzai.

A respected dictionary “The Original Modern Reader’s Japanese-English Character Dictionary,” by Andrew Nathaniel Nelson, does list satsuzai as liniment on page 453 and the kanji is readable and it matches what is found on online kanji dictionaries.  And if one believes that Andrew Nelson’s work is credible (it is), satsuzai is a legitimate word.  For added confusion though, on page 277 of his work you will find tomatsuzai, which is defined as liniment-ointment on the same page you find tosatsuzai as liniment.

Since Keith Okazaki stated that the family did not use the word satsuzai, you couldn’t say it was a private/proprietary name unknown to the outside world.  Yet   modern online dictionaries do not seem to recognize the word satsuzai.  The War Department recognized both tosatsuzai and satsuzai, depending on which publication.  A respected published dictionary recognizes both satsuzai and tosatsuza,i as does a turn of the century (1904) dictionary.

Perhaps satsuzai was a colloquial term that fell into disfavor, or tosatsuzai has a more pedigreed history that those who write online dictionaries prefer.  I do say that tosatsuzai’s translation to embrocation has an old-time sophistication, with which I have become enamored.

How did we in the Danzan community start using the name Satsuzai?  It may simply be someone asked, “How do you say liniment in Japanese?”

What do I now label my bottles of embrocation?  Bug Juice.  It has fewer letters than Okazaki Liniment or Tosatsuzai and chews up less tape on my P-Touch labeler.  If y’all come up to me and say Satsuzai I might say you’re 2/3rds there or I might let it go.  After all, I said it for over 40 years and old habits are hard to break.

What should you call it?  I say dealer’s choice.  I am reminded of what my father once told me: “Call me anything you want except Late for Dinner”.

For some more fun, sometime ask me about how to make Okazaki Liniment / Bug Juice / Tosatsuzai / Satsuzai.  I know of 4 different recipes and when I mix it, I do a substitution from what I was originally taught.  That makes it five different ways that I know on how to make it.

And now – The Pictures (or graphics if you prefer):

塗   Mandarin Pronunciation is tú- defined as paint, smear, apply (as in makeup)