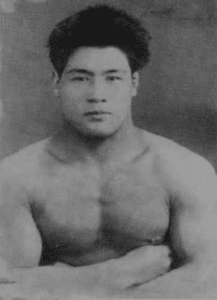 We’ve all heard the comments – don’t lift weights, it makes you slow. With good technique you don’t need strength. Spend your training time practicing, not doing cardio. All this is well intentioned advice. It’s also the same well intentioned advice that was rampant through sports for many years. But now when one looks at high level competitive sports, one sees everyone from a football lineman, to a golfer, to a tennis star utilizing strength and conditioning to push their physical performance to its limits. And of course some will say martial arts are a way of life, not a sport.

Whether you see them as a combat sport or a method of self improvement, martial arts are a physical activity. And improving your physical strength and endurance enhances your ability to perform a physical activity, regardless of the philosophy behind your participation. This attitude towards strength and conditioning in martial arts is certainly not something that is universally accepted.

There have been longtime examples of people who have trained in martial arts and have conditioned their bodies to a high level, including Masahiko Kimura, the Judo champion who traveled the world fighting challenge matches, and who broke the arm of Helio Gracie so convincingly that they named a technique after him. Another example is Mas Oyama, the founder of Kyokushin Karate, who fought bulls and multiple challenge fights around the world. Similarly, Mas Oyama’s instructor So Nei Chu had an impressive physique.

Although not huge by any standards, Bruce Lee was a strong proponent of strength and conditoning. He has said that physical conditioning is the most neglected area of training in the martial arts. His workouts consisted of things like running, bench press, and squats.

One only has to look at competitive fighting sports to see a high level of commitment to physical abilities. One would be hard pressed to find an Olympic level Judo or Taekwondo athlete that doesn’t commit hours to training strength and conditioning. Andy Hug, one of the most popular K1 Kickboxing champions, was able to deadlift over double his bodyweight. The famous judo champion Yasuhiro Yamashita recommends exercises like cleans, bench press, and squats in the exercise section of the book “Best Judo.”

Now there are certainly lots of other examples. But when one takes a broad look at martial arts it’s easy to see that excellence in martial arts is aided, not hampered by physically training the body.

Let’s first look at endurance conditioning. Certainly of the two this is the less controversial. Improving one’s wind does not normally cause concern with a negative effect on technique. But some may wonder why, if you can make it through class, would you need to have better endurance. Well, when one becomes fatigued it is harder to maintain proper technique. The muscular strength needed to maintain the physical structure required in martial arts (posture, stance, and proper positioning for mechanical advantage are some examples) fades when endurance fades. We have all seen examples of people getting tired and having their technique break down. Simply put, better endurance allows one to practice more, get in more reps of a technique, and push themselves at a higher level. And if one does have to engage in physical conflict, whether sport or a real fight, endurance can be the main difference between success or failure.

Now let’s look at the more controversial of the two- strength training. To be accurate, we should refer to this as resistance training- using some form of resistance to increase muscles capacity to produce force. The advice that is often given is that strength training will slow you down and ruin your technique. This thought process was common in many sports. One of the best examples is basketball. It was long thought that weight lifting would “ruin your shot” and was not needed. But in modern times, appropriate weight lifting has allowed players to jump higher, pull more rebounds, prevent injuries, and become far more physically dominant than in the past.

Martial artists could stand to learn from this lesson. The best analogy is to look at strength like horsepower. If I have two identical cars, except one has more horsepower, which one would win in a race? Much like that, increased strength, in and of itself, only provides more power. The idea of becoming slow and muscle bound is actually brought about by lack of flexibility, and ones over reliance on artificially tensing a muscle in an attempt to use more strength. This then causes the muscle to exert most of its power on tension. It then has little power to produce speed. Increase in muscle mass combined with proper relaxation, flexibility, and speed can increase overall speed and power.

In addition, strength can allow a practitioner to maintain proper position and structure in techniques. Additional muscle mass also aids in absorbing impact, whether through a strike or a fall. Arguably the most important aspect of strength is to maintain the stability of joints when under stress, which aids greatly in injury prevention.

But let’s say you are convinced. What to do and how to train? First, let’s look at things from a sports training methodology. Whether you consider martial arts a sport or not, the sports methodology focuses on improving performance rather than appearance. In sports methodology, one wants a degree of sport specificity. This basically means that your training is geared towards improving your physical attributes to meet the specific needs of the sport. Martial arts would be considered a skill sport. This would be much like golfing, basketball, skill positions in football and hockey, and other sports that require a high level of technical practice as opposed to Sports like sprinting or weight lifting. It is generally considered important to separate skill practice from endurance conditioning. This allows one to practice with proper form. This does not mean that you cannot use martial arts training to improve conditioning. Drills such as bag work, sparring and randori, judo band drills, newaza, and shadow boxing are all great training methods to improve endurance. But when one is trying to improve technique, particularly a new skill, it is better to practice when the energy systems are fresh and the technique can be replicated properly multiple times to aid in developing proper muscle memory.

The body does not rely on only one energy system. The body creates energy through more than one process. The science behind these processes goes beyond the scope of this article, so it is probably best to look at a simplified view of what they are. The energy system you use is based on how long you perform an activity without a break or stop in activity, such as the end of a play or a round in boxing. First, there is the creatine phosphate system. This is your short term energy system. It lasts usually in the neighborhood of 30 seconds. This is the energy system power athletes, like lifters sprinters and throwers, are concerned with.

Then there is anaerobic glycolysis. This energy system kicks in after the first gives up. The body is still not burning oxygen yet. This lasts around 4 minutes in the average person. This is generally considered the energy system that combat sports and martial arts use. Generally they are start/stop activities. So the rule of sport specificity would state that this is the energy system to focus on.

When the body can no longer continue producing energy anaerobically, it engages the cardiovascular system. This is what everyone is familiar with. The lungs pump oxygen in the blood which allows the body to replenish its energy supply. One caveat to all of this is that each energy system has a recovery period- the time it takes to recharge. If this recovery time is not met there can be a cumulative effect that then kicks everything down the line to the next energy system. For martial arts that means that improving cardiovascular conditioning is important as well, as that system will help one to recover from frequent bouts of intermittent exercise.

Sports specificity in strength includes multiple factors. For this article, we will narrow that focus. The first area of concern is the type of strength. Generally resistance training is divided into several categories. Strength is the maximum amount one can lift over a short period of time (1-6 reps). Power is strength combined with speed over a short period of time. The repetition ranges will match the strength category, but the loads are usually slightly lower and performed explosively. Hypertrophy is an attempt to increase overall muscle size (such as bodybuilding). This is accomplished with a variety of tools, done in rep ranges of 8-10 repetitions of an exercise. Muscular endurance is the ability of a muscle to maintain strength over time. Repetition ranges are 12 reps to as many as 100. Finally there is power endurance. This is the ability to maintain strength at high rates of speed over time. Repetitions usually mirror muscular endurance, but are once again done with less weight explosively.

When applying sports specificity to martial arts, one can find a need for all areas of strength. Muscular and power endurance will be the most important, but each of the other aspects are necessary to some degree. Strength and power have their place, but without the previous qualities, strength and power fade quickly. Even hypertrophy, done within reason, has importance as it provides a level of structural support. In addition, resistance training will always cause some form of hypertrophy, even when performing high repetition activities.

This article is not intended to be an in-depth study of training techniques, nor a guide to design and plan workouts. Rather it is to inspire a reader or two to further pursue the subject. Whether one looks at martial arts as a combat sport or a physical path to enlightenment, the overall goal remains the same – to hone oneself physically and mentally to perfection. Going beyond a technique focused approach and pushing the physical body allows one to continually strive to improve. A well-rounded martial artist will value and pursue physical fitness as well as technique.