Dr. Bill Gessner, In Memoriam – By his Wife, Barb Gessner 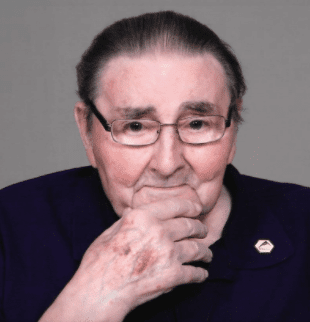 Bill Gessner, 92, died unexpectedly yet peacefully in his sleep early Saturday morning, January 27, 2018. He was the loving and devoted husband of Barbara Gessner for over 34 years.

Bill was born on September 1, 1925 in Norristown, Pennsylvania and graduated from high school at the age of 16. Bill served in the U.S. Navy during World War II, and upon returning home began his studies at what is now East Stroudsburg University, graduating in 1950 as a teacher of “The Sciences”.

Ten years later he found himself on the teaching faculty in the Department of Physics of that same institution, a position he held until his retirement 29 years later. During that time, he developed a curriculum of practical, applied physics specifically designed for non-science majors. This program was extremely well received. A few years after beginning to teach at ESU, Bill completed his Doctor of Education degree from University of Pennsylvania.

After moving to the Poconos, Dr. G., as he came to be known, became involved in the Martial Art of Danzan Ryu Jujitsu at the local YMCA, eventually taking over the instruction of the classes there, starting a student club at the college, and getting the classes incorporated into the academic program in Physical Education. He also began teaching a predominantly children’s programs in Stroudsburg and Portland, Pennsylvania, which had about 60 members.

Bill served for 15 years as Director of Region IV for the American Judo & Jujitsu Federation, covering all of northeastern United States, from Illinois east and Virginia north.  He was honored for over 50 years of membership and service to that organization.

Bill continued to teach Jujitsu at East Stroudsburg University until the time of his retirement in 1989; however, he continued to teach at various camps and seminars for both the United States Judo Association and the AJJF. Even after a couple of major medical issues necessitated his using a walker, he still attended weekly classes run by his wife Barb at both Rutgers University and nearby community centers in central New Jersey, and always offered his feedback to the students. These classes are a 90-minute drive from our home in northeastern Pennsylvania.

My encounter with Bill began as a student in one of his physics classes, and then a week or so later in Jujitsu. As a sensei, Dr. G., as his students call him, loved and valued each and every student, helping each to grow to the best of their ability, and affirming them along the way based on the inherent gifts and talents of each. When I began Jujitsu, the dojo was filled with around 35 students each night. It was Dr. G. who taught me that Jujitsu was much more than the techniques. That if the student wasn’t able to “live” the principles in their life outside the dojo, they had totally missed the point of this system.

Bill’s connection with the AJJF came through Ed Kent in New York City, who preceded him as Regional Director. In 1970 AJJF Professors Bud Estes and Lamar Fisher visited Ed’s dojo. Profs Estes and Fisher, along with Professor Tom Ball, continued to visit East Stroudsburg Kodenkan, Bill’s dojo at East Stroudsburg University, every year or so for the AJJF Regional Conventions there, till 1980 when his wife Barb began hosting them at her dojo at Rutgers University. Bill was promoted to Sandan in DZR at the 1975 AJJF National Convention in Redding, California.

We also attended Blackbelt Camp in Illinois a couple of years at which Bill and I participated fully as students. He tested for and received the rank of Yodan in the AJJF in 1991 at the age of 66.

Being a humble man, Bill never blew his own horn, and consequently, did not receive the recognition he deserved. However, he was acknowledged by the local martial arts community, as illustrated by the honor given to him at a Karate demonstration we attended at East Stroudsburg University in which the hosting Sensei announced his presence in the audience, asked him to stand, and introduced him to the crowd as “The Grandfather of martial arts in Monroe County” [Pennsylvania].

Bill used to tell me that “the greatest honor a teacher can receive is for the student to surpass the teacher.” Not surprisingly, he took great pride in my accomplishments in Jujitsu and Judo, and I hope he realized the enormous part he had in my achieving them. I only hope that my students will also grow beyond what I have been able to pass on to them. 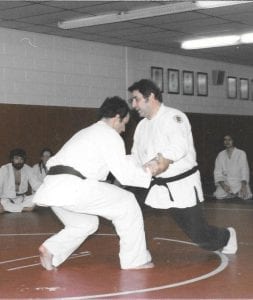 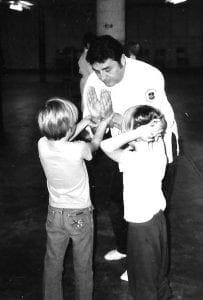 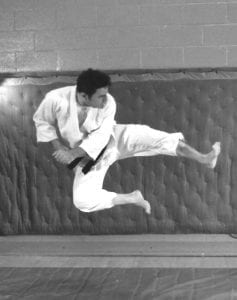 Editor’s Note: This article was previously published in the PJA Newsletter. It has been published here by permission of the author, Barb Gessner.
Back to Kiai Echo Fall 2017 / Spring 2018