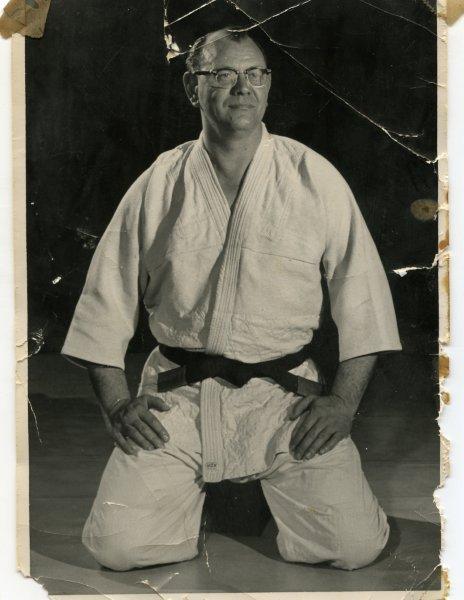 Carl Nelson, born into a large family, studied judo and jujitsu with Dick Takamoto and Professor Ray Law at Laws’ American Judo & Jujitsu School in Oakland, California, for many years.

Dick Takamoto was a former student of Master Okazaki’s and was also his son-in-law.  When Dick left Law’s school and decided to start his own classes, Carl followed Dick Takamoto to study with him. 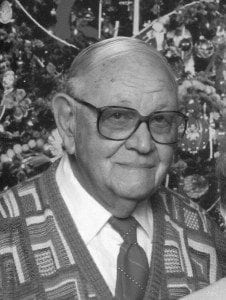 In the 1950’s Carl taught judo and jujitsu at his own school.  During those years, Carl was very active in the Northern California Judo Association and its successor, the American Judo & Jujitsu Federation, and held the post of secretary, treasurer for several years.

On February 27, 1960, Carl was promoted to Godan and made Professor.

Employment demands caused him to cease teaching jujitsu around 1966.  Professor Nelson retired in 1985 and spent several years travelling the U.S. with his wife Janey in their motorhome prior to moving back to Newberry Springs, CA. They subsequently moved to Needles, CA.

Portions reprinted from Danzan Ryu:  An Unbroken Tradition (1992) by permission of the author, Mary L. Boland.