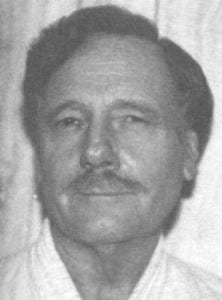 Ken first studied karate and judo while in the Navy during the Korean War. Discharged in 1951, he returned to Kansas City and joined Midwest Judo Academy.

This school was affiliated with the Kodokan, but Ken would later learn that his training included jujitsu as well as judo since the school was founded by Master Okazaki’s student, Rudy Palguata.

In 1960, shortly, after a visit to (Prof.) Bill Beach’s school in Florida, Ken joined the AJJF and began teaching jujitsu as well as judo.  He was promoted to Godan and made Professor by the AJJF in 1966.

Ken promoted students to black belt in judo, karate, kung fu and kendo. He held medals in AAU judo, karate and jujitsu and was on the 1964 USA/AJJF Olympic Judo Team in Japan.

Ken became involved with the AAU in 1956 as a judo competitor.  He was instrumental in obtaining recognition for jujitsu from the AAU and served as AAU Judo Chairman, Karate Chairman, Jujitsu Chairman and is was on the AAU Board of Directors.

Ken also served as Director of region 3 since 1960 and was a life member of numerous judo and jujitsu martial arts organizations.

Professor Regennitter retired from the AJJF and lived in Kansas City, Kansas up until his death on November 9, 2009 in Shawnee, Kansas.